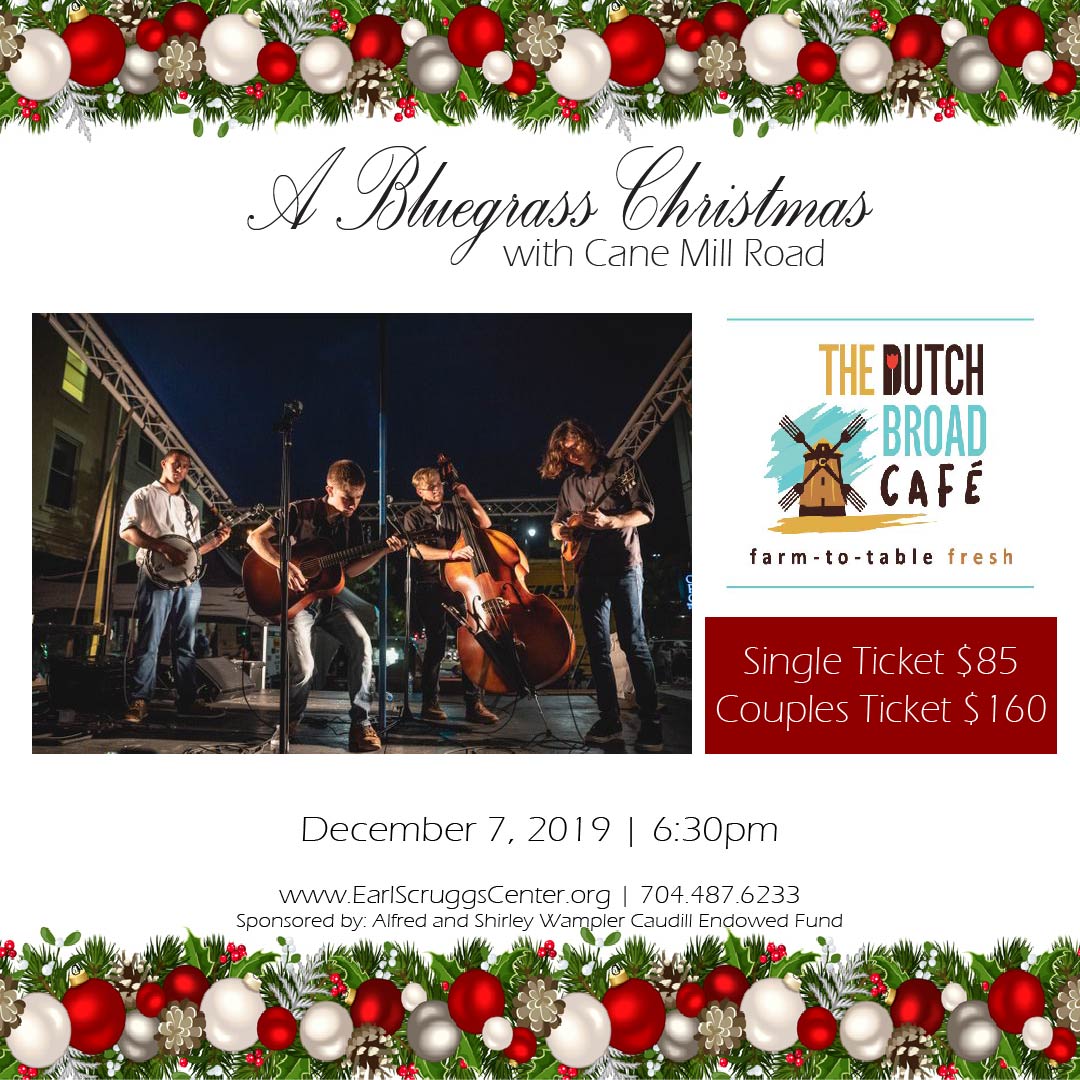 Enjoy a night out at the Earl Scruggs Center with dinner and a show!  Join us for a concert with Cane Mill Road and a three-course dinner by the chefs at The Dutch Broad Cafe.

Each ticket for the evening includes: 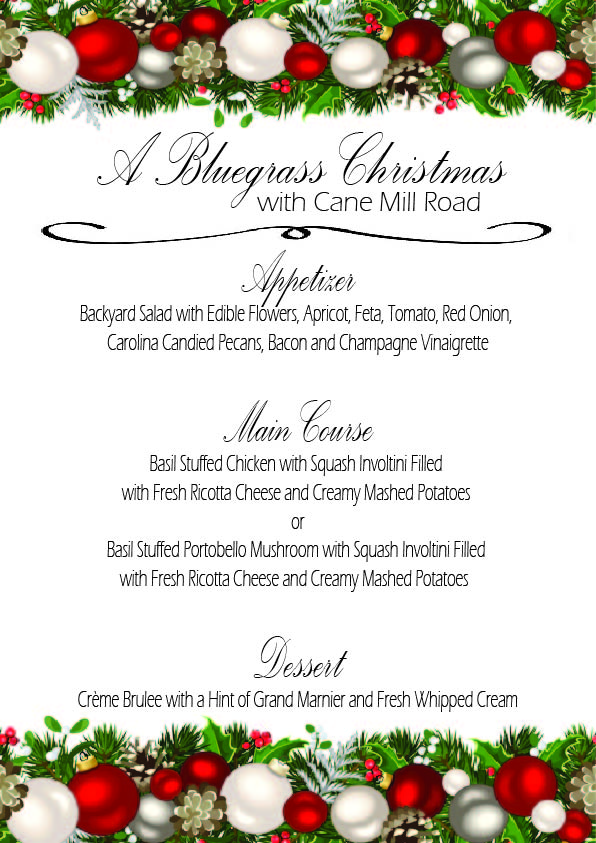 Rapidly rising in the bluegrass scene, the Billboard-charting artists are the youngest to garner an IBMA Momentum Band-of-the-Year nomination (2018) and are nominated again in 2019 for IBMA’s Momentum Band-of-the-Year Award. In addition, mandolin/fiddle player Liam Purcell and banjo player Tray Wellington are nominated for Momentum Instrumentalist-of-the-Year. Cane Mill Road landed a prestigious IBMA Ramble Band slot in 2017. Grey Fox selected them as an Emerging Artist in 2018 and Cane Mill Road will opened the main stage at Grey Fox on Friday and Saturday in 2019.

You’ve seen them at not only MerleFest, but Wide Open Bluegrass, Grey Fox, Delaware Valley, Bluegrass Island, Carolina in the Fall, Silver Dollar City, and hundreds of other venues/festivals over the past five years including internationally on a 9-day tour of Argentina.

Growing up just down the road from Doc Watson, Cane Mill Road rocks the traditional bluegrass standards they were raised on, yet boldly write original music with roots in the fertile grounds of bluegrass, with a little hint of old-time, blues, jazz, and Americana music that influences the band members. 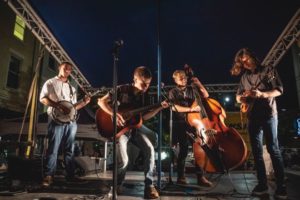 The Dutch Broad is named after its owner’s heritage and location on the Broad River. At the Dutch Broad we have a great love and respect for the land and its preservation. It is all about farm-fresh, organic, regionally grown dishes. White Turtle Farm is a modern family farm using sustainable and organic small-scale practices. White Turtle Farm is situated on 100 acres, of which 85 acres are in sustainable tree production. Biodiversity and natural ecosystem processes are conserved through Agroforestry. Two spring-fed creeks as well as the Broad River define the property boundaries. 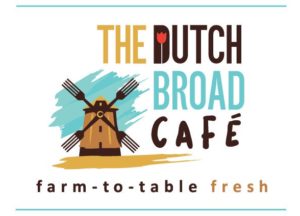