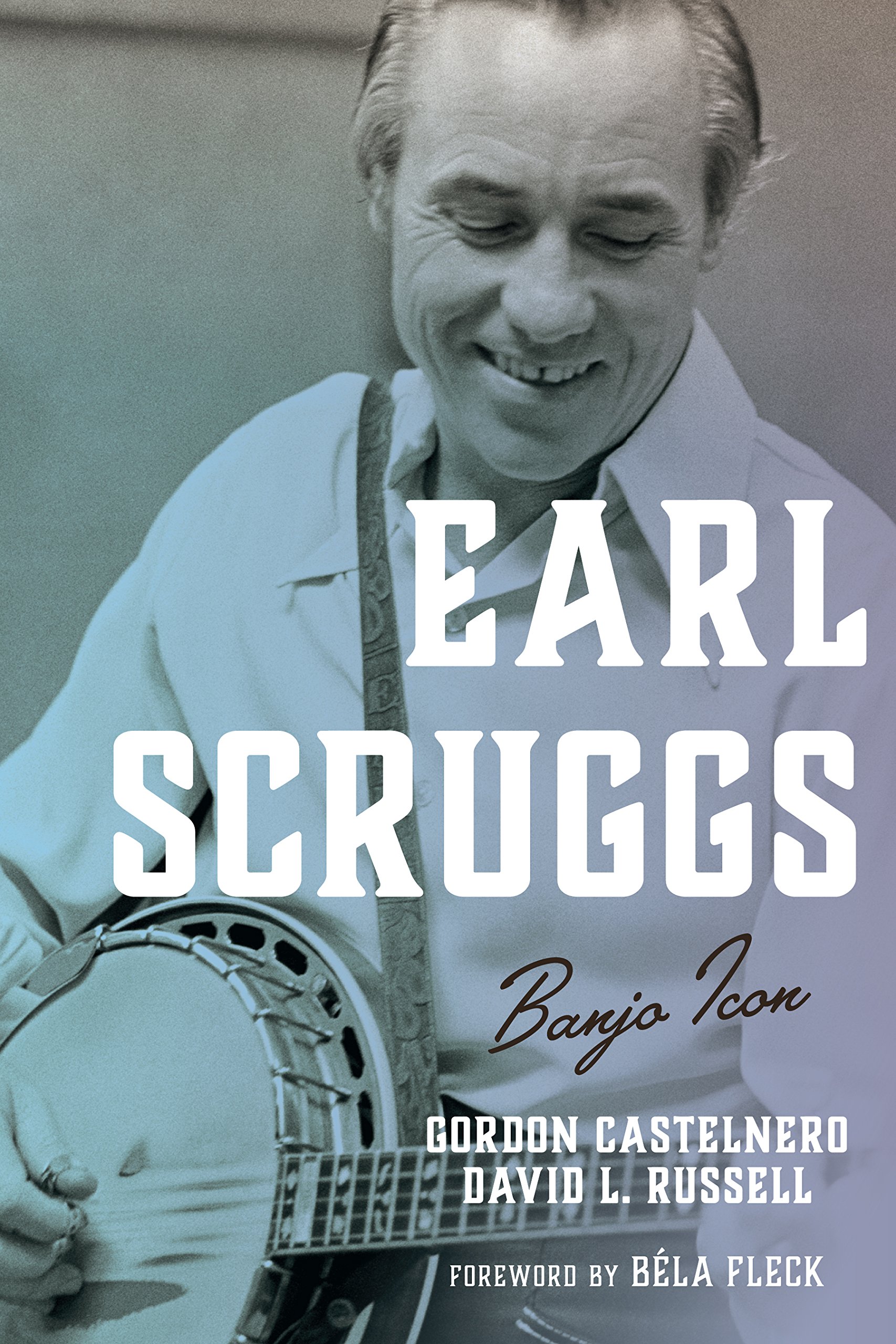 In partnership with Gordon Castelnero and David L. Russell, authors of Earl Scruggs: Banjo Icon, the Earl Scruggs Center is honored to be the host site for the launch of the first ever biography on four time Grammy winner Earl Scruggs (published by Rowman & Littlefield). Join the staff of the Earl Scruggs Center and Castelnero and Russell Saturday, May 6, 2017 from 2:00 pm – 4:00 pm. Hear the how and why of this much awaited book as the authors share stories and field questions from guests.  They will sign books following the program.  Musicians are invited to come and be part of an informal pickin’ session (featuring classic Scruggs tunes) during the book signing along with special guests Terry Baucom of The Dukes of Drive, Jason Burleson of Blue Highway, Marc Pruett of Balsam Range, and Kristin Scott Benson of the Grascals.

“Earl Scruggs: Banjo Icon gives the most comprehensive and complete history of a man who changed the world of music forever… A must-read for any music fan!”

“This book gives us essential insights into Earl’s life. Scruggs’s life’s work will influence and inspire forever, as rare few have over the years…”

March 28, 2017 marks five years ago since the loss of legendary banjo master Earl Scruggs.  Although Earl is gone, his unmistakable sound and musical influence is still very much alive today.  Scruggs’s three-finger picking style transformed the perception of the five-string banjo in just one night in 1945, and he went on to become the most imitated and influential banjo player in the world.

Earl Scruggs: Banjo Icon chronicles the extraordinary life and legacy of the famed banjo man from the collective memories of the Scruggs family and more than 60 notable musicians/entertainers such as Steve Martin, Vince Gill, Charlie Daniels, Roy Clark and Roger McGuinn.  If you’ve seen The Beverly Hillbillies TV show or the movie Bonnie & Clyde, you’ve heard Earl’s banjo.  This biography testifies to Scruggs’s enduring influence and sheds light on the history of bluegrass for musicians, students, and anyone entranced by Scruggs’s unmistakable sound.

When asked about the location for the book launch, Castelnero’ s responded “With the man and his legend rooted in rural North Carolina, the best place to propel his biography is to be where it all began; in his home community at the building that bears his name – The Earl Scruggs Center: Music & Stories from the American South.”

Gordon Castelnero is a freelance documentary writer/producer and author. His local productions have been recognized by the National Academy of Television Arts and Sciences—Michigan Chapter with an Emmy Award and several nominations.

David L. Russell is a writer, musician, and banjo teacher who has toured with a number of bluegrass bands in Michigan and Georgia. He has an MA in philosophy from the University of Detroit (Mercy) and a PhD in history and religion from Michigan State University.