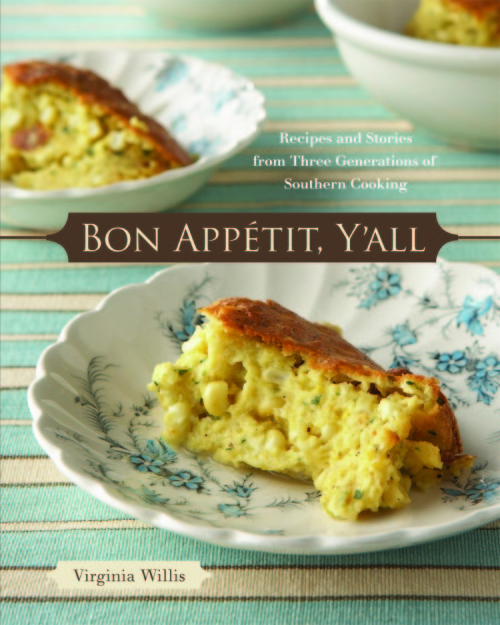 The Earl Scruggs Center’s ‘Feast Here Tonight’ exhibit explores the way in which the traditions of both southern food and music have woven individuals and families together to create and strengthen communities past and present. Just like southern music, southern food traditions are deeply rooted in both diverse peoples and faraway places. To celebrate the opening of our exhibit we are throwing a grand opening weekend. On May 15th we are having a four course dinner cooked by renowned southern chef, Virginia Willis and local chefs (Jim Sander of Pleasant City Wood Fired Grille, Jeanette Sun of Ni Fen, and Jamie Swofford of the Chef’s Farmer). Hosted by food writers, Ronni Lundy and Marcie Ferris, the night will be filled with great southern food and company. The dinner will be from 6:00 PM to 9:00 PM.

All of the courses will be based off of Virginia Willis recipes with our local chefs putting their own spin on the dish. Tickets are available now. Register before it’s too late, seating is limited!

Southern chef, cookbook author, award-winning food writer, and blogger Virginia Willis is one of the most popular and respected voices on Southern food and cooking. She is the author of Bon Appétit, Y’all; Basic to Brilliant, Y’all; Okra; and Grits. Her latest work, Lighten Up, Y’all celebrates the healthy and wholesome side of Southern fare. We are so delighted to have her be a part of our “Feast Here Tonight’ Exhibit Opening weekend! Learn more about her on her on our ‘About Virginia Willis’ event page and at VirginiaWillis.com

Originally from Fremont California, Jim first moved to Shelby in 1998 and worked at the Lafayette Street Grille and Pub until 2000. Between 2000 and 2008 he worked as garde manger chef, kitchen lead, and rounds cook at the Hilton hotels, Marriott hotels, Westin hotels and Providence Cafe. He spent five years as garde manger chef, pastry chef, and assistant culinary class instructor while working at Florida State University. He has been the kitchen manager and chef at Pleasant City Wood Fired Grille since its inception in September of 2008. Top ten finalist for NC Dept of Agriculture’s best dish NC award in 2012. Contributing chef for Uptown Shelby’s Seeds to silverware dinner 2012 and 2014

Jamie Swofford grew up in Cleveland County on his family’s farm just west of Uptown Shelby. As far back as he can remember, food has always been his focus whether it was the tender morsels of fatback in his grandmother’s kitchen or the fast paced life in Charlotte’s best kitchens. Swofford spent nearly two decades as a chef before returning to FEBA Farm, his family’s farm, to get closer to the source. Now in his fourth season, The Chef’s Farmer grows boutique produce for chefs with a focus on heirloom ingredients, quality and community. He believes that food is a universal language. To farm is to gather and to gather is to connect us to one another.

Professional chef Jeanette Sun doesn’t remember a time in her life when food didn’t play a central
role. Her culinary interests began at an early age as she spent many hours in the Chinese restaurant her parents owned and operated in Atlanta, Georgia. In the 1980’s the family moved to North Carolina, and opened China Royal where Jeanette worked as a cook and server. After graduating from UNC-Charlotte, Jeanette took a series of jobs to broaden her culinary skills, including working as a prep cook at Charlotte’s The Speedway Club, in the French restaurant Chez Daniel, and then as a line cook at Spiggia, an upscale Italian restaurant in Chicago. Soon after, Jeanette decided it was time to get out of the kitchen and learn the management side of the restaurant business. She managed several restaurants in Greensboro and Charlotte, NC. Then in 1997 she returned home and opened Ni Fen Bistro in historic uptown Shelby. Ni Fen quickly became an area favorite, known for its fine Asian, Italian and American cuisine and extensive wine list.