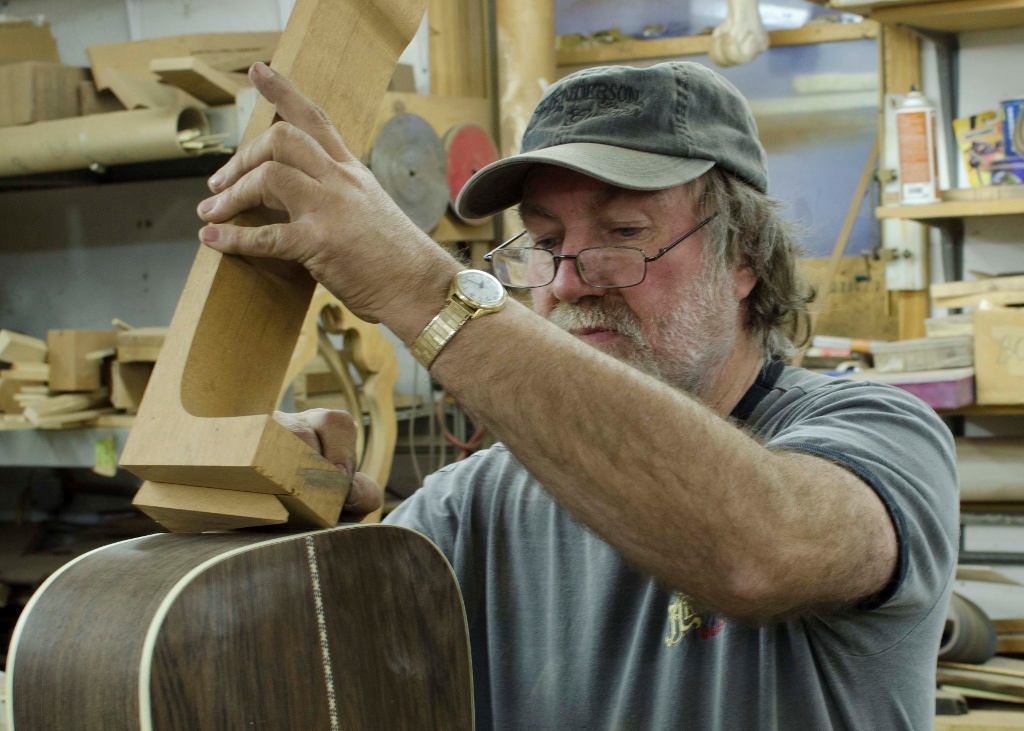 Wayne Henderson, known for his luthier skills will be at the Earl Scruggs Center to talk about his craft of guitar making. Make time to see one of Wayne’s guitars on display in the Center’s special exhibit “The Luthier’s Craft: Instrument Making Traditions of the Blue Ridge and Piedmont”.

Wayne Henderson’s top-notch finger-picking is a source of great pleasure and pride to his friends, family and neighbors in Grayson County, Virginia. His guitar playing has also been enjoyed at Carnegie Hall, in three national tours of Masters of the Steel-String Guitar, and in seven nations in Asia.

In addition to his reputation as a guitarist, Henderson is a luthier of great renown. He is a recipient of a 1995 National Heritage Award presented by the National Endowment for the Arts. He produces about 20 instruments a year, mostly guitars; he is almost as well-known for the mandolins he has made. Good friend Doc Watson owned a Henderson mandolin. He said, “That Henderson mandolin is as good as any I’ve had my hands on. And that’s saying a lot, because I’ve picked up some good ones.”