Live music returns to the heart of Cleveland County in early 2022 with the announcement of the Earl Scruggs Center’s Center Stage Concert Series. This series features an outstanding slate of award-winning artists, Grammy award-winners and nominees and IBMA and Americana recognized artists, including a five-time winner of the IBMA’s Banjo Player of the Year award and the prestigious Steve Martin Banjo Prize.

The Center Stage Concert Series includes seven shows running from February 19 to August 4, with performances by Joe Collins & Friends, Chatham Rabbits, the Foreign Landers, Hubby Jenkins featuring the Down Hill Strugglers, Zoe & Cloyd, Wyldwood String Band and Kristin Scott Benson. Tickets may be purchased for individual shows or a season pass for the entire series may be purchased for $100.

Center Stage Concert Series shows take place in the Great Hall at the Earl Scruggs Center, a beautiful 120-seat venue that gives music fans the opportunity to experience outstanding performances in an intimate and comfortable setting. Doors to the Great Hall open 30 minutes prior to show time and a cash bar will be available. Exhibits will also be open during this time.

Earl Scruggs Center hours are Tuesday through Saturday 10 am – 4 pm with extended hours on Wednesdays until 6 pm. 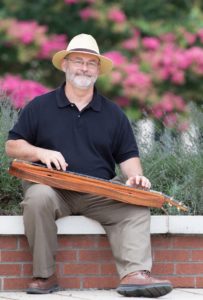 Joe Collins is a National Mountain Dulcimer Champion, winning the contest at Winfield in 2007. Over the past twenty years, he has had the opportunity to teach and play in festivals from California to the east coast, from Florida to Vermont, and a lot of places in between. 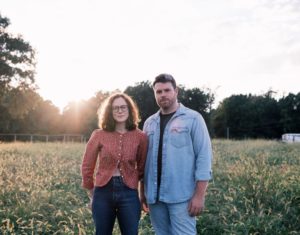 As one of North Carolina’s most beloved roots music outfits, Chatham Rabbits has swiftly emerged from the fertile Americana scene in the Triangle with intimate-close harmonies and mature songwriting.

The husband-and-wife duo of Sarah and Austin McCombie favor rich, minimalist arrangements, and their stage banter and presence connects to the audience in a way that is both warm and universal. 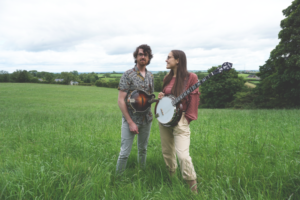 The Foreign Landers is a duo hailing from opposite sides of the Atlantic united by their love of bluegrass and traditional folk music and their love for each other. Together they combine the musical styles of their respective homelands, along with their instrumental prowess and haunting vocals to create something new.

Both excelled at their instruments and found themselves playing with some of the most promising young acoustic bands on the scene today—David with the Boston-band Mile Twelve and Tabitha with both Cup O’Joe and Midnight Skyracer from the UK. With such unique common threads, there was an instant connection when Tabitha and David finally met. 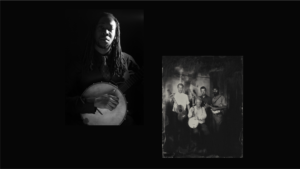 Hubby Jenkins is a talented multi-instrumentalist who endeavors to share his love and knowledge of old-time American music. Born and raised in Brooklyn, he delved into his Southern roots, following the thread of African American history that wove itself through country blues, ragtime, fiddle and banjo, and traditional jazz. Hubby got his higher musical education started as a busker. After years of busking around the U.S and making a name for himself, Hubby became acquainted with the Carolina Chocolate Drops and was an integral part of the Grammy-winning group from 2010-2014.

Since 2015, he has been an active touring and recording member of the Rhiannon Giddens band. He performed on her album “Tomorrow Is My Turn” in 2015 and in 2017 “Freedom Highway.” And around these projects, Hubby continues to make solo performances. The Down Hill Strugglers is an old time string band based simultaneously out of Kentucky and New York. They have released albums on Smithsonian Folkways Recordings and Jalopy Records and are featured on the soundtrack to the Coen Brothers film, “Inside Llewyn Davis” produced by T-Bone Burnett. 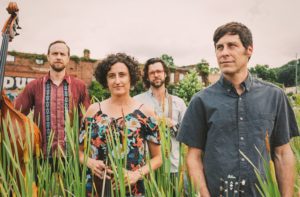 Hailing from opposite ends of the Appalachian Mountains, Zoe & Cloyd is renowned fiddler and vocalist Natalya Zoe Weinstein and award-winning songwriter, multi-instrumentalist, and vocalist John Cloyd Miller. Their show is as diverse as their upbringing: coming from a lineage of klezmer and jazz musicians, Natalya trained classically in her home state of Massachusetts before moving south in 2004. John, a twelfth generation North Carolinian and grandson of pioneering bluegrass fiddler, Jim Shumate, is a 1st place winner of the prestigious Chris Austin Songwriting Contest as well as an Artist Fellowship recipient for songwriting from the North Carolina Arts Council. 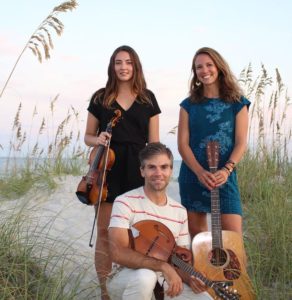 Wyldwood Stringband is the collaboration of Caroline Tanner, Sarah Hollis, and Phil Lanier. Each of them separated by a decade, but with the same passion; the evolution of bluegrass and old time folk music. Sarah’s father and Phil’s uncle played in a bluegrass band together “Bitter Creek” in the 70s, they are from right here where the music began in North Carolina. Caroline in from western Canada and fell in love with bluegrass on Vancouver Island before moving to the heartland of the music that stole her heart. Bringing their various backgrounds together, Wyldwood Stringband strives to honor the traditions from which the music came, while pushing it forward and having a good time along the way. 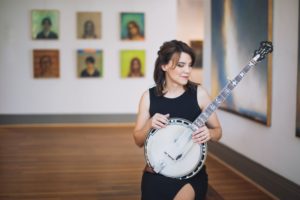 Kristin Scott Benson is the five-time International Bluegrass Music Association’s Banjo Player of the Year and recipient of the 2018 Steve Martin Prize for Excellence in Banjo and Bluegrass. Since 2008, she has been a member of Grammy-nominated and two-time IBMA Entertainers of the Year, The Grascals, making an indelible mark on the bluegrass music industry.

Kristin has attained a national identity as one of the top bluegrass banjo players on the scene, exhibiting impeccable taste, timing, and tone. With an attentive ear to back-up, she is known and respected as a true team player among her peers.