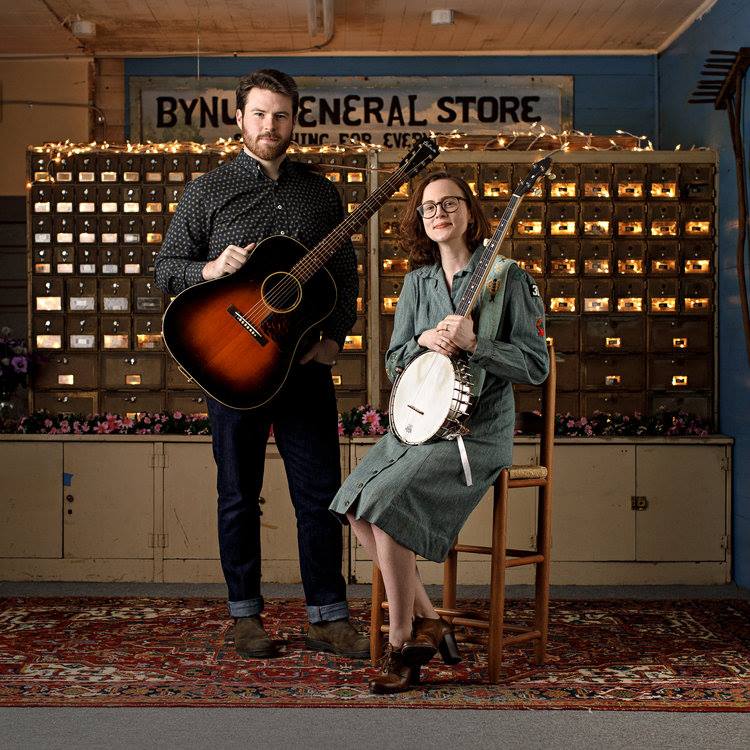 All I Want From You, the shining debut album from traditional folk and bluegrass duo Chatham Rabbits, tells you to listen. Produced by Jerry Brown (Carolina Chocolate Drops, Doc Watson) at the famed Rubber Room Studio in Chapel Hill and featuring fiddle from Libby Rodenbough of Mipso and mandolin from Andrew Marlin of Mandolin Orange, All I Want From You blooms with hand-me-down acoustics. But listen closer and it’s the solid songwriting from the Rabbits, husband and wife duo Sarah and Austin McCombie, that makes All I Want From You a patchwork of stories, hard worn and holy, coming down from another time.

Folks, the McCombies live by North Carolina’s state motto: To Be Rather Than To Seem.

The McCombies prefer to play in small country communities, at general stores and churches, and they like to tie in a hymn during the set. “It’s a way to tap into a place you might not recall,” Austin says. “Then we start playing and you remember, it brings everyone to the table.”

Maybe this affinity is rooted in their own musical pasts. Sarah grew up Quaker on her family farm and first learned to sing African American Spirituals. In college, she discovered the Carters and joined the old-time trio The South Carolina Broadcasters. When she met Austin, he told her how he learned to play blues after his late Uncle Bear put a guitar in his hands.