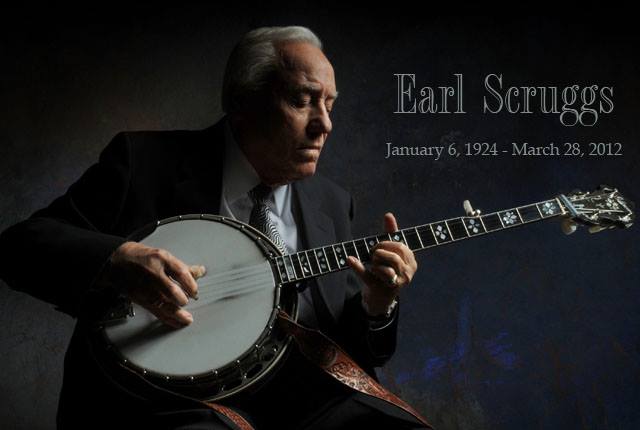 On this day in 1924, Earl Scruggs was born in the Flint Hill community of Cleveland County, NC. In this community, he learned a love for music and perfected “Scruggs Style,” a distinctive three-finger style of playing the banjo.

Earl’s debut at the Ryman Auditorium led to the birth of Bluegrass and revolutionized the banjo across many musical genres. His work with Flatt & Scruggs and the Foggy Mountain Boys put Bluegrass in homes all around the world. Later, he formed the Earl Scruggs Revue with his sons, and continued to innovate, push musical boundaries, and reach a new audience of music lovers and fans.

Mr. Scruggs left an indelible mark on every project and person he touched throughout his legendary life and career. He was inducted into the Country Music Hall of Fame, the International Bluegrass Music Hall of Fame, received four Grammy Awards, including a Grammy Lifetime Achievement Award, and a National Heritage Fellowship. Mr. Scruggs’ work continues to influence countless musicians and music fans today.