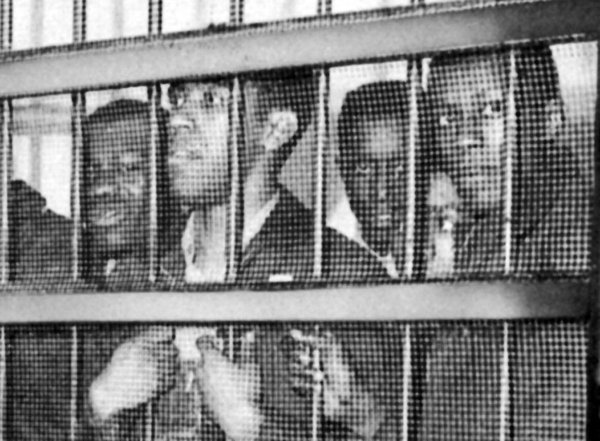 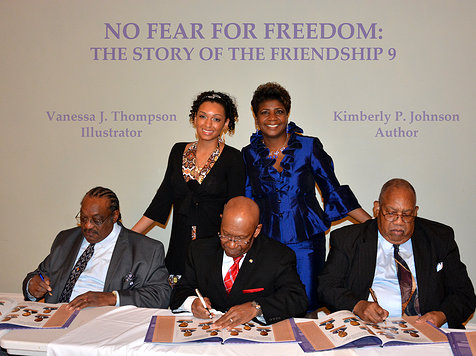 Join us on Saturday, November 22, 2014, from 1pm – 3pm. Free Program: Registration Recommended- seating is limited (Exhibit Admission is additional). The 1960’s sit-in movement started in Greensboro, NC, but when African American students would get arrested for sitting at white-only counters, they would be bailed out of jail for $100 or more. Over a year’s time this became so costly that something needed to be done – both to save different Civil Rights groups as well as make a more serious statement about equality.

On January 31, 1961 – ten college students, referred to as the Friendship 9, marched to McCrory’s Variety Store in Rock Hill, SC to make a stand against this unfair treatment. Once they were arrested, they refused to pay the bail – the first students to ever do a FULL 30 DAY JAIL SENTENCE. In this bold move for social justice, these students were not being disobedient to the law, on the contrary, they respected the law. However, it was the immorality of this unjust law that moved them to action. Their efforts changed the direction of the Civil Rights Movement and two years later Dr. Martin Luther King wrote his dynamic “Letter from the Birmingham Jail”. The Friendship 9 had set into motion a plea for human rights and equality.

Come meet these amazing gentlemen and hear their story as told by this rare and close up visit: Living History – The Friendship 9. Don’t miss this opportunity to introduce children and re-introduce adults to this important time in our American Civil Rights History. The gentlemen will share their story, answer questions and be available to take pictures and sign copies of the book, along with the author, Kimberly P. Johnson.